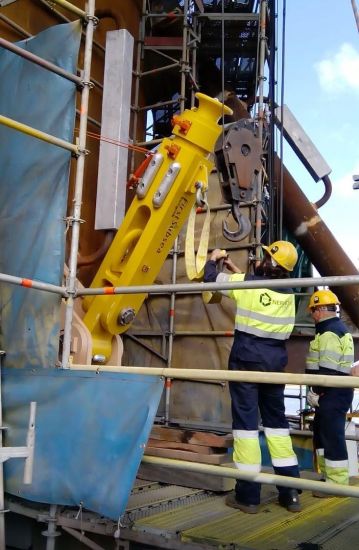 Located 15km off the south coast of Aberdeen, the wind farm started generating renewable power in September 2018 with the installation of its first 2MW turbine. Costing an estimated £500 million, the wind farm will generate enough power for 56,000 homes when all five of its turbines go live later this year.

As part of the project’s next developmental phase, First Subsea’s PMCs will be equipped with JF Strainstall’s load monitoring solution to deliver highly accurate, real-time data for one of the wind farm’s platforms.

Challenges for the sector

While the FLOW industry still has some way to go to achieve parity with the Levelised Cost of Energy (LCoE) of its fixed-bottom counterpart, floating turbines promise to unlock areas for wind development in waters too deep for regular monopile or jacket foundations. This is against the backdrop of a global scale-up ‘Catch-22’, in which developers continue to argue the need for a larger pipeline (capacity) to reduce FLOW’s costs, while governments call for proven cost declines before allocating funds. In the UK market, this cycle is beginning to give way to a more streamlined path to technological commercialisation – as illustrated by the latest announcement that FLOW may be included in the government’s ‘Contracts for Difference’ (CfD) initiative.

The UK has particular advantages both in terms of its successful deployment history and native supply chain competencies – which are widely recognised and depended upon by the hydrocarbon sector. This framework provides floating wind developers with solutions that can overcome the challenges of commercialising in a viable and sustainable way.

Challenges for the project

When operating floating offshore wind turbines, it is essential to understand the stability and motion performance of the floater. The ability to obtain mooring loads and validate those against theoretical models provides a robust foundation for full-scale commercialisation, securing FLOW projects against any threats to mooring line failure.

First Subsea’s challenge revolved around the need to be able to be to retrofit a solution which could provide the platform operator with accurate and reliable mooring load information without significantly changing the existing design of the PMCs. As JF Strainstall’s system is directly mountable and installed using merely four bolts, only minor machining modifications had to be made to the connectors. First Subsea also preferred to not use direct load measurement devices in a subsea environment for the PMCs, favouring the Strain Ring’s indirect load measurement capability. This was driven by a number of factors including the additional certification that was needed to meet class society requirements and the associated costs.

First Subsea chose the indirect load monitoring functionality of JF Strainstall’s Strain Rings as they capture strain information directly from the bodies of the PMCs, which can then be resolved to derive the mooring loads without having to form part of the primary load path. Easily implemented into the design of the PMCs with minimal modifications, the integration of the Strain Rings proved to be a cost-effective and simple solution which, unlike a load monitoring pin, did not have to be built to withstand the loads associated with forming part of the primary load path. Requiring a solution that was proven to deliver accurate load measurement, JF Strainstall’s Strain Rings were also selected in light of their successful implementation for major projects worldwide. Deployed within the E&P sector for nearly two decades by many of the largest oil operators in the world, this technology has been installed on both new build and retrofit projects to obtain mooring load data for floating assets including FPSOs and semi-submersible platforms.

These will allow project stakeholders to benefit from asset lifecycle forecasting of the moorings, material reduction and value engineering, providing long-term improvements for platform safety and cost-efficiency.

Requiring minimal modifications to an existing design that had already been selected by the project developer, First Subsea identified that JF Strainstall’s unique subsea Strain Rings were easy to install and replace – should the need arise. Designed to maximise durability, they were an ideal solution for the project’s harsh offshore environment, as they required minimal servicing and had no moving parts. 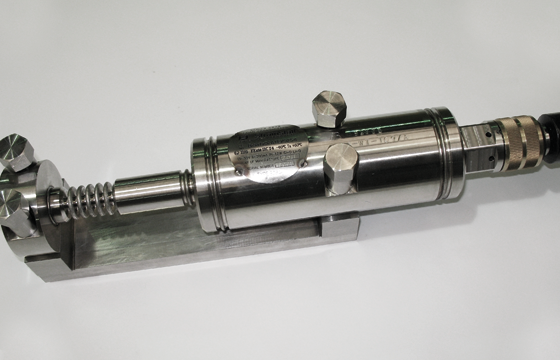 The solution is also suitable to install across a range of structural applications, from FLOW platforms to wave energy converters.