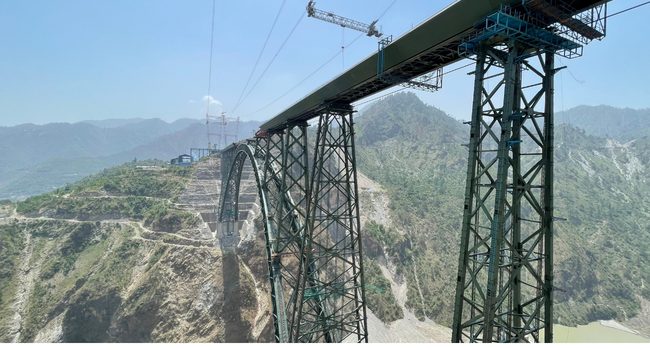 Building on other recent bridge monitoring projects it has conducted for the Indian Railways Network (which is responsible for more than 100,000 bridges nationwide), James Fisher Strainstall’s (JF Strainstall’s) structural monitoring expertise have been enlisted for the Chenab Bridge.

The bridge makes up part of India’s Northern Railway mega-project to construct a new railway line across the Indian union territory of Jammu and Kashmir, between the towns of Udhampur, near Jammu, and Baramulla on the north-western edge of the Kashmir Valley. The unique and ambitious project is due to open for traffic in December 2022, with work currently underway to install the monitoring system.

With its proven track record of designing, building and implementing large span structural health monitoring systems, JF Strainstall was the ideal candidate to deliver a structural monitoring solution for a project of this scale.

Due to the remoteness of the site, all fabrication of the Chenab Bridge took place on site at two workshops set up either side of the structure. Huge, purpose-built cranes were established on either end of the bridge to support installation during the impressive launching technique.

“We are honoured to be working on the record-breaking bridge alongside our local partner, Tranz Rail. JF Strainstall has been tracking this project for many years, and in 2021 we had the chance to present our solution to Afcons International. The Chenab bridge is truly a once in a lifetime project and visiting this bridge in person earlier this year really brought to life the magnitude of the structure.

“Our hard-working team are busy installing the SHMS in the remote location with difficult and complicated access to the sensor locations, which we are really appreciative of. We are looking forward to the opening of the bridge and the opportunity to demonstrate the advantages of Strainstall’s SAMS™ (Smart Asset Management System) for the KRCL.” 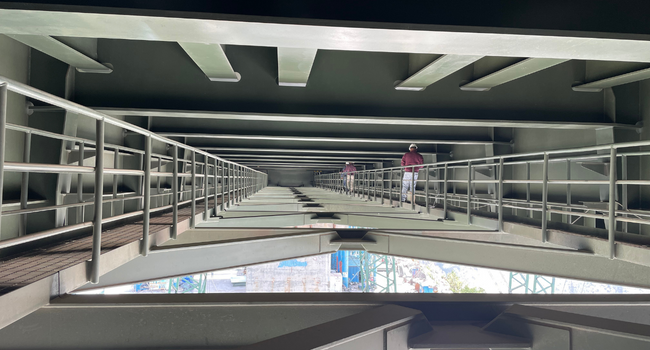 JF Strainstall’s SHMS integrates and relays environmental and service loading data with structural responses, using a variety of sensor technologies and a custom-built software platform that produces beneficial, actionable information. The system utilises over 200 sensors, which monitor a range of factors including weather conditions, displacement, tilt, vibration and strain.

Managed through two data acquisition units (DAUs), the SHMS is capable of dynamic monitoring with thousands of data points per sensor. The vast volume of data collected is managed in real-time through JF Strainstall’s proprietary Smart Asset Management System (SAMS™), which is quickly becoming the number one choice for SHMS on long span bridges around the world. 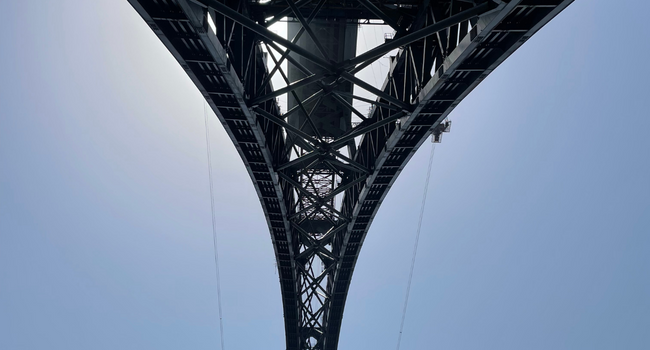 ◀ Return to News and press releases